As prisoners live out their sentence, their time should be spent rehabilitating their behavior and giving them a new perspective on their actions. When you know better, you do better, right? Well, what if the situation of a person’s past, which led to mistakes, does not change? They are bound to repeat their indiscretions. Therefore, Freebird Publishers distributes a book of change. The current Inmate Shopper, Annual 2020-21 is the largest inmate resource guide to higher learning and changed lives.

This study by the U.S. Sentencing Commission found that 49% of released prisoners in 2005, re-offended within an average of 2 years following their release. The number is staggering, but where do we go from here? We change how we think about prisons and sentencing.

Freebird Publishers is looking to reduce recidivism nationwide through vocational training provided by multiple colleges of Applied Technology. The schools listed in the Inmate Shopper have been showing record advancements in reducing recidivism by focusing on the whole person when it comes to rehabilitation.

Inside their Inmate shopper a prisoner will find a listing of colleges with the appropriate contact information. They will also find sources for scholarships, educational contests and writing tips. They will learn how to express themselves and how to make a crime free living.

Through the guidance of the many resources found in the Inmate Shopper some prisoners have moved on to be attorneys like Brandon Sample, and authors like Kelly Patrick Riggs.

During their studies, prisoners will find other resources in the Inmate Shopper that will help them maintain close family ties with their loved ones. They will find earning opportunities available to them while they are still incarcerated, and multiple gift ideas for special occasions to make those on the outside remember that they are loved.

If you want your loved one to succeed after prison, visit www.freebirdpublisher.com. 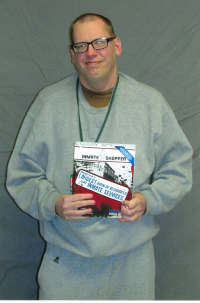 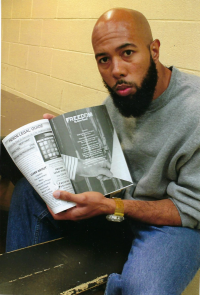